Solar 3.0: Green power is now more accessible than ever 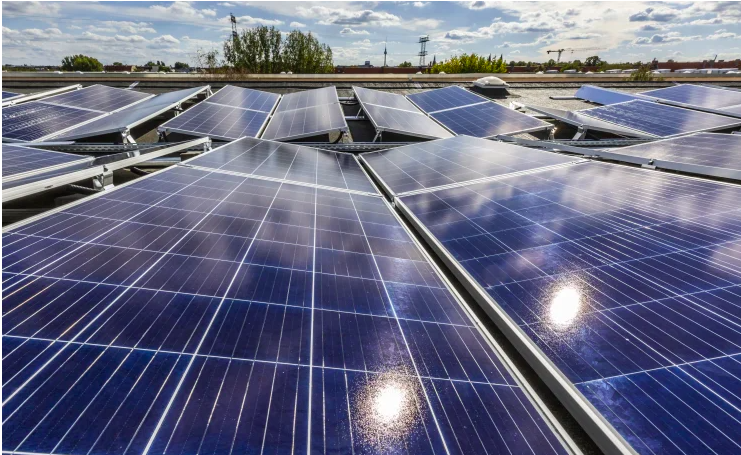 If state government-subsidised rooftop solar was solar 1.0, and innovative finance models were solar 2.0, we’re now entering the era of solar 3.0 – for the one-third of people who couldn’t access it until now.

While millions of households saw their power prices double or their retailer go out of business this year, at the other end of the spectrum, just as many others saw almost no price rises because they have been lucky enough to take part in the solar revolution.

While millions of households saw their power prices double this year, millions at the other end of the spectrum saw virtually no price hike because they’ve been lucky enough to access the solar revolution.

By definition, solar is more available to owners than renters, and to houses than apartments.

About one-third of us are locked out of the cheapest power price options available, and it’s those who can least afford higher electricity prices – renters, apartment dwellers and public housing tenants.

The Albanese government made the election pledge of $100 million in funding for 85 “solar banks”, but they have not yet funded any projects.

Solar banks, also known as solar gardens, are large solar systems with hundreds of panels, where anyone can buy a “plot” and get a credit on their power bill each year for the energy it produces.

There are big hopes for Australia’s first large-scale solar garden, Haystacks, which was launched in the past week in Grong Grong in the NSW Riverina.

Haystacks is selling 333 plots with 3KW of solar panels for $4200 each. The plots are expected to produce an annual bill credit of $505 for the next 10 years.

Because it pre-dated Labor’s policy, it is being funded by a combination of state government grants, debentures and equity.

Similarly, a community battery was launched in inner-city Melbourne in June as part of Victoria’s $11 million Neighbourhood Battery Initiative. It will be a model for others around the country.

The North Fitzroy battery is the size of four refrigerators and will help power about 200 homes with renewable energy where their homeowners can’t afford the $8000-plus price tag of a solar system.

The federal government wants to see 400 community batteries rolled out and has pledged another $200 million in funding.

Meanwhile, new models are also making it easier for those with an appropriate roof to go solar.

EnergyAustralia recently expanded a NSW trial that offers customers a 5.5KW solar system and a 10KWh battery in exchange for fixing their electricity rates for seven years at a price similar to the current government reference price. At the end of the seven-year period, you own the system and the battery outright.

The offer is an evolution of the power purchase agreements already offered by about a dozen solar retailers. At ShineHub, for example, they will install a 6.6KW solar system and a 10KWh battery for about $120/month over 10 years.

The deal is structured so that you will pay less for power from day one – if you have a bill of about $2400 a year or more – as the solar system wipes about 80 per cent to 90 per cent off your regular electricity bill.

The NSW government is now offering free 3KW solar systems to some low-income households in greater Sydney, while Victoria has expanded its Solar Homes Program to $2400 in rebates and another $1400 in interest-free loans.

Specialist solar lenders such as Brighte and Plenti are offering buy now pay later for solar, or green loans with interest rates of less than 10 per cent. Some banks, such as the Commonwealth Bank, even have green loans as low as 0.99 per cent.

Australians have broken records for solar installations in the past two years but the latest energy price crisis and attempts to solve the solar-for-renters challenge will likely only drive more take-up.

This opinion piece was first published in the Sydney Morning Herald on 6 September 2022.
Joel Gibson is the author of KILL BILLS. Catch his money-saving segments on Nine Radio, TODAY and on Twitter @joelgibson.