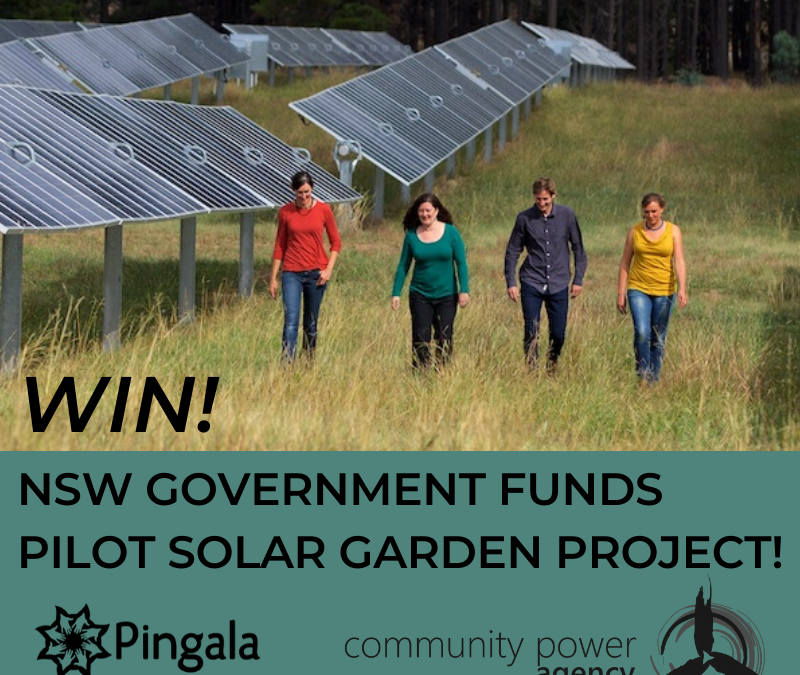 The Haystacks Solar Garden will allow approximately 300 “locked out” energy users to access the benefits of solar for the first time. A solar garden is like a community garden but instead of growing veggies, members get to make their own electricity.

The Solar Garden will be built on the edge of regional town Grong Grong in the NSW Riverina area. Households who can’t put solar on their own roof can purchase a ‘plot’ in the Solar Garden and have the electricity generated from their portion provided as a discount on their electricity bill.

“Households who can’t put solar on their own roof will finally have a way of owning solar and participating in the benefits of clean energy from solar” said Kristy Walters at Community Power Agency.

“There are many reasons why households get locked out of owning solar. People who rent, who live in apartments, have a shaded roof or for whatever reason. These people can now join a solar garden and get a similar outcome as if the solar panels were above their heads.”

With over one third of Australians locked out from the benefits of rooftop solar, a solar garden is an innovative solution to ensure everyone can join in the clean energy revolution.

Minister for Energy and Environment Matt Kean said the grant will help the Grong Grong community take control of their energy bills and benefit from the economic opportunities presented by changes in the energy system.

The team behind this project have been developing solar gardens concepts since 2014 and are part of a broader effort across the community energy sector to make solar gardens a reality in Australia. The project will become one of the first community-led solar gardens Australia, leading the way for future projects.